The video production industry trend will be driven by the impulse towards efficiency and accessibility. The global economy is flourishing at a rapid pace and generating opportunities for business owners to meet their demands in innovative ways. 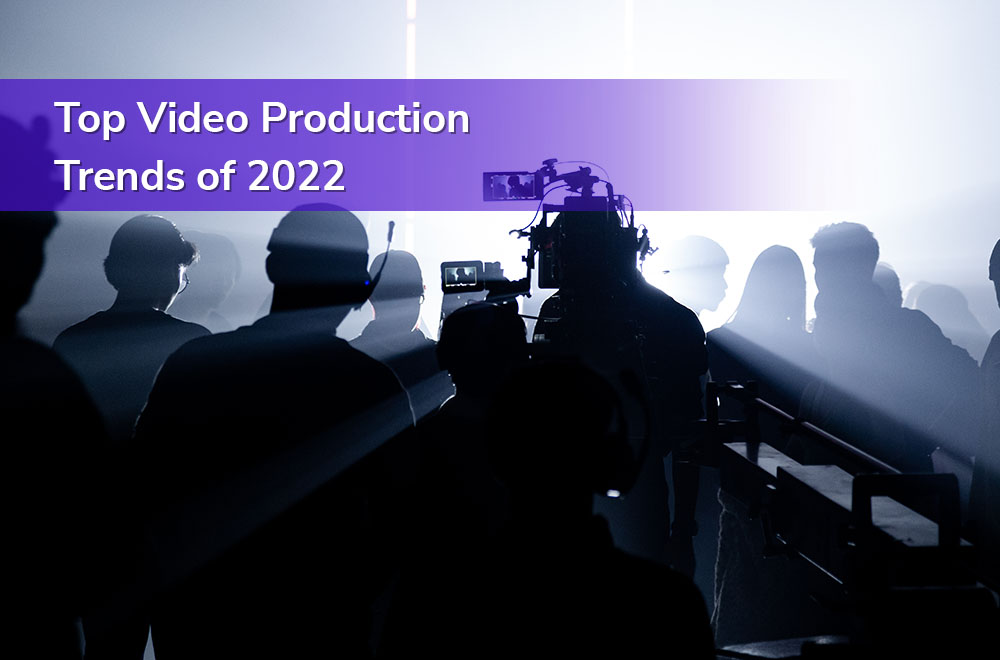 In today's media landscape, video is the most dominant medium.

Our content habits are heavily influenced by videos, from websites, blogs, and e-mail to mobile apps, social networks, and even VR base interactions. Besides promoting entertainment and education, it also helps to market, sell, and communicate.

Videos make up more than 57% of all consumer mobile internet traffic in 2022. As the video industry develops, some trends shape how it produces, distributes, and consumes videos. Video usage in business requires an understanding of these trends.

Check out a few trends that are shaping the video industry.

Vlogs are a great way to connect directly with your audience. They're more personal than other types of videos and can be used for marketing, education, and entertainment.

Many of the vloggers often create long-form vlogs that are jam-packed with information about their lives or experiences—and they're often entertaining as well!

Since it connects directly with local audiences and global audiences, vlogs are highly liked.

Many Companies collaborate with Vloggers to market their products organically.

Tanmay Bhat, Pewdiepie, and Mr. Beast made vlogging more popular with their entertaining and organic content.

Vertical videos are gaining appeal amongst businesses and corporate promotions as it connects with Gen Z.

Live events on a smartphone, such as music concerts and football games are not just about watching an event and leaving. They wanted to keep a glimpse of the event here for themselves and their friends to revisit later. There are billions of people in the world who want to preserve the moment. So, take out your phone, open the camera app and shoot it immediately.

Hold it! How are you holding the phone?

In an instant, most smartphone users hold their devices vertically, which is now the most common way to take a video.

A majority of amateurs are now influencing the video production industry through platforms like tik-tok, Instagram reels, and YouTube shorts. As Khaby Lame's 'How to open a car door' video soared through the ranks of social media content, it changed everything on the internet.

Interactive shoppable videos are a great way to increase sales and conversions. They allow viewers to click on an item in the video, which takes them directly to a page where they can purchase it. This is similar to how YouTube works with its native ads, except that these reels are more interactive than just watching an ad that is part of an article or video clip.

Consumers can watch tutorials, how-tos, product demos, interactive Q&As, fashion shows, influencer videos, and other online video entertainment from big brands like Burberry, Puma, L'Oréal, etc. A buyer can then check out when they see a product they like without interrupting their viewing experience.

These days, VR (Virtual Reality) and AR (Augmented Reality) are all the rage. In fact, it's not uncommon to see a new video game or app that is exclusively available in virtual reality (VR). AR and VR are two different ways of displaying digital information within a user's field of vision.

The most commonly used form of this technology is augmented reality, which layers computer-generated graphics over real-world objects or images.

The first use case for AR was found in military training scenarios; soldiers could be given an image on their helmet visors showing what they were supposed to see when they looked up at those targets, instead of just looking at them directly through binoculars; like traditional warfare would require them to do back then.

As a powerful tool with many brands like McDonald’s, Nike, and Meta bringing VR and AR in their ads campaigns, the McDonald's Gol campaign introduced an AR app to promote a limited edition packaging: the McDonald's Fry Box during the FIFA world cup 2014. Due to its global presence, it creates the spirit of the global event.

Explainer videos are short, entertaining videos that explain a product or service. They can be used for lead generation and sales, but they're also an excellent way to get more eyes on your brand.

‍Explainer videos are usually between 1 and 2 minutes long and usually animated. They're often posted on social media platforms like Facebook and Twitter so that people who haven't yet heard about what you do will see it—and if they like what they see, then maybe they'll want to learn more!

Many of the Apps related to finance and wellness like google pay, SBI YONO, Nike+, and Fitbit are used for the application case studies and for an introduction in a clear format to make new users learn about the app effectively.

Animated videos are becoming the first choice of video production in the majority of app marketing and EdTech. This is because they can be used to explain complex ideas in a way that's easier to understand.

For example, the greater part of the EdTech companies like Byjus, and Khan academy utilize animation videos to teach complicated subjects which require simplified versions for explanation to every student. Then animated videos could be the best option for kids to interact more effectively with lots of layers and interaction with characters.

Viewers are increasingly requesting ASMR videos. They’re often made by amateur creators and can be found on YouTube, Vimeo, and other video-sharing sites. The most common type of ASMR video is role-playing, but there are also more traditional ASMR content creators who create short clips or full-length films.

Major multinational brands like IKEA, Renault, and many others, are taking a chance on commercials that whisper and tingle rather than shout. To create a clean effect of immersed audio to keep the audience glued to the content.

Many popular brands such as Levi's, Garnier, and Red Bull use social media videos as a way to connect with their audience..

In an ad for Levi's, the company emphasizes the importance of reducing waste by buying better. Additionally, a hashtag is used in the post's description to start a trend for the cause.

Social media video ads are great because they offer people who might not be interested in buying something from you, the opportunity to discover more about what you have to offer.

Businesses are increasingly using live streams and webinars since they can be produced with a rather inexpensive budget and can be used for product launches.

You don't need to go out of your way to start using live streams; if you're already doing some sort of event or presentation online—whether it's on Facebook Live or YouTube Live format—you'll have an opportunity to stream it. It's also possible that those platforms offer ways to viewers who aren't even connected with your business directly (through email addresses) but still want access during the broadcast itself.

Rather than interacting individually via email, message boards, or social media platforms such as LinkedIn, live webinars are great for Q&A sessions with experts.

What does the future hold for Video Production?

Video creation affects creativity and video production upholds its distribution, and we’re excited to see what the future holds for this versatile medium. Video marketing has been around since the early days of television, but it has grown into an excellent way to show off your brand and connect with your customers.

By using video content on social media platforms like Facebook or Instagram, you can build trust with your audience by providing them with valuable information about products or services in a way that doesn't feel like advertising (but still lets people know why they should buy).

The best part? You can do all of this without having any budget at all! Video production costs are dropping every year as technology gets better at capturing high-quality video footage while not costing too much money per second spent filming. This means there's no reason why anyone should ever have trouble finding someone willing to help them shoot their next project.

Video as a medium is a powerful way to connect with your audience. Its increasing popularity is proof that videos are more than just entertainment; they can be an effective way of reaching out and connecting with people who might not otherwise hear from you or even see you. 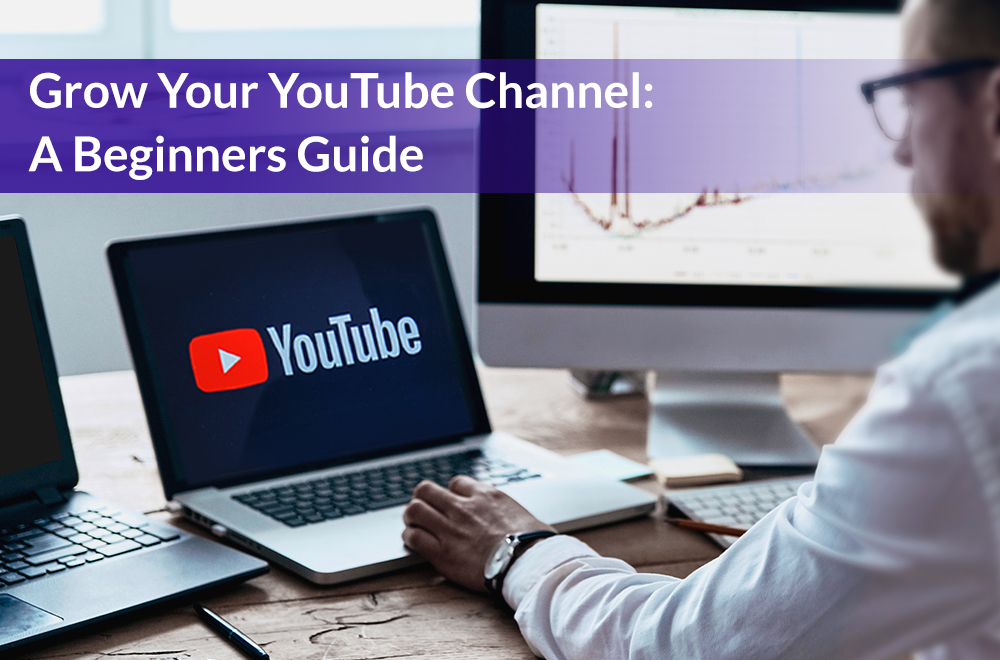 Here are a couple of helpful tips for the youtube channels to ensure that you make the most of your venture into the world of content creation. 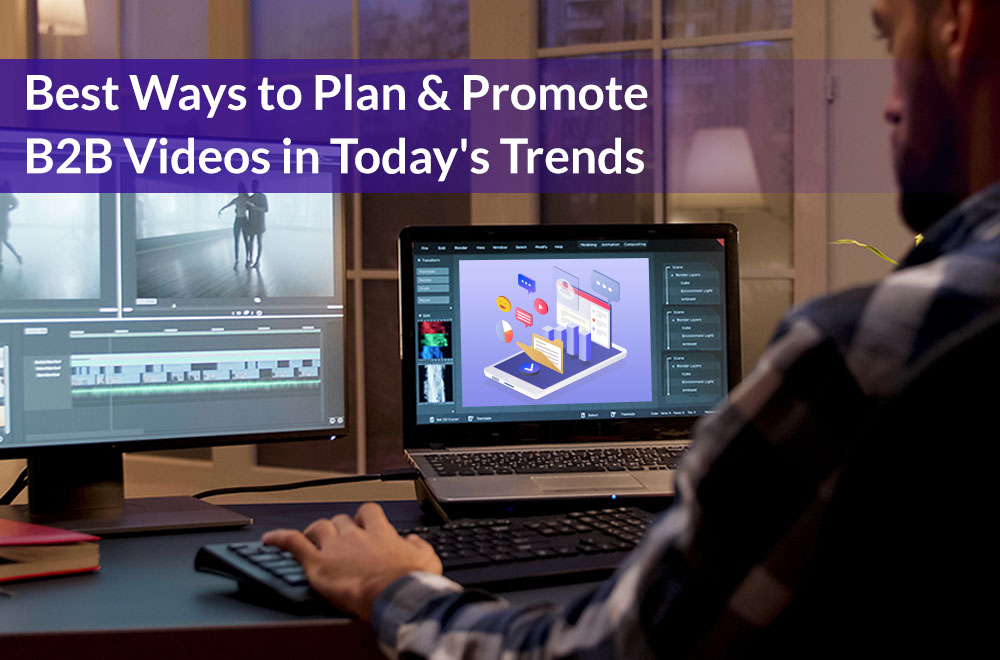 What should you do when you're planning to promote your brand product in B2B video marketing? Here are some ideas for you.